Let me just start by saying that Chicago was a very clean and beautiful city- minus the fact that it was very windy. When the school band and I first arrived, I was drawn to the huge buildings and the architect. I love visiting big cities, especially ones that have different architectural buildings.

We started our Chicago journey at our first stop; The National Field Museum. We got in line, went through security, and waited around ten minutes before entering. The group was divided into chaperone groups, but seeing as my friends and I were in grade 12, we were able to branch off on our own. The museum focused on our ancestors and includeda lot of neat things from extinct animals to human evolution. It was a self-tour for 90 minutes so we could explore the museum at our own pace. The very first thing I saw was Sue the Tyrannosaurus Rex. If you don’t know Sue, she is one of the largest, most extensive, well-preserved T-Rex ever found. After selfies, we made our way to the rooms to begin our tour. Of course, I wanted to go to the Asian, Tahitian, and African exhibit so I rushed viewing the extinct animals and listening to the audio. To conclude my first stop, I learned a lot from the Field Museum and, to be honest, I felt like I was more on an Anthropology trip instead of a band trip.

My second stop was the Aquarium. The first thing I saw was the little different species of fish around the world. Some were cute and some were a little bit frightening but learning about where they came from was the interesting part. Next, my little group and I decided to see the belugas. I’m not a bigfan of keeping sea mammals in tanks and creating a “human-made” home for them, but the belugas were so cute! I’ve never been close to a beluga in my life and seeing one in person was exciting. After seeing the Belugas, we headed downstairs to see the starfishes. In this room, you can touch the starfish at your preference. There were also water corals that you could touch, but I didn’t want to stay there for that long. Once we ended the tour at the Aquarium, we headed for dinner.

On the first night of Chicago, we ate at a 1920s style restaurant- a speakeasy. There was a show to go along with the dinner, which included a lot of guns, dancing and singing. When people say Chicago food is delicious, trust me, the food was delicious. I was served a huge plate of vegetable lasagna with garlic bread and peas, however, when I saw the size the lasagna, I literally thought I was eating everyone’s dinner.

To top off the night, our hotel was located 45 minutes away from the actual city, so we drove all the way to our hotel after dinner. Other than that, nothing really special happened besides going to bed and waking up early in the morning for our band competition.

I woke up pretty early to get ready for my competition the next morning. I had a good sleep during the night, so I felt confident performing. Getting ready for a band competition is actually time-consuming, so I took quite a while before heading downstairs for breakfast. I know it may sound a little strange, but you have to make sure everything is neat, tidy, and professional.

Complimentary breakfast was served at the hotel and everyone ate to their heart’s content. Buffet-styled, we were able to grab breakfast at our own desire. I didn’t fill up my plate too much just because the dinner still made me full, so I grabbed fruits and toast to start off my day.

When everyone finished their breakfast, we went back to our rooms before boarding the bus. Once we boarded, a rush of adrenaline spiraled through my veins. I wasn’t nervous or anything, it was just because it was the last band competition I’ll ever perform at. I had to make it memorable even though I didn’t really like the competitions itself.

Once we arrived at the college we were performing at, we unloaded our instruments and got them ready in the main foyer. The foyer was filled with off-pitched instruments which sounded like ducks warming up for a concert. Nonetheless, we were sent to a room to practice excerpts from our piece and once we were called on stage, that was it. I’m not going to go into exact details on what happened, but let me just say I was extremely proud of the band.

After the competition, we headed back to our bus, loaded it and left to Chicago. We were able to have a lot of free time to explore the Magnificent Mile, so my group and I decided to find lunch first before shopping. We came across Jimmy Johns and decided to have a quick lunch there so we could do more shopping. Wow, did I ever see a sandwich made that fast! I was so fascinated that I didn’t even know my order was ready!

When lunch was done, we roamed around the Mile and came across Forever 21. It was pretty and big so it was a must to get something there. Once shopping was complete, we headed back to meet the entire group and boarded the Wendella Boat Tour.

The tour was about the architectural buildings of Chicago and Lake Michigan. To be completely honest, I didn’t entirely listen to the tour guide just because pictures were a must for me. Chicago from the outside looking in was actually so beautiful. The crisp blue sky, surrounded by crystal clear water made Chicago look like it literally came out of a painting.

Once the tour was done, we walked through the city for our next dinner reservation. When we arrived, paramedics were at the restaurant, which made us wait for around 15-minutes before entering. Once seated, we were served the famous deep-dish pizzaChicago is known for. If you ever plan to visit Chicago, deep-dish pizza should be on the top of your list for dinner. It was incredible! The way the cheese melts at the bottom and the sauce drizzled on top made you want to go for more. We were served three different types; two meat and one vegetable. All I can is that they were amazingly delicious!

After dinner, we got changed and headed to the Chicago Symphony Orchestra- one of the orchestras I’ve been dying to see ever since I was 14. After that big dinner, no one was up for doing stairs, so instead, my group sneaked in the elevators leaving the rest of the group behind- pretty badass, I know. We found our seats, and the night began with a story about Charles Ives.

The night was over and we headed back to our hotel. The next day was the award ceremony at Medieval Times in Schaumburg, Illinois, so we had to get up bright and early.

I’ll be doing a Part 2 of my Chicago Trip. 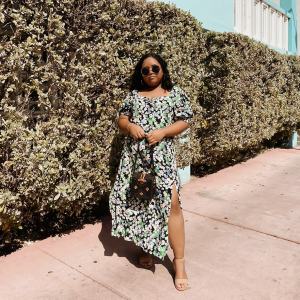 I’m just an average girl who loves to get inspired, drink tea, travel, blog, volunteer and express her thoughts with no reservations. If you are looking for a place to go on an adventure, connect, and talk, you came to the right place. Thank you for stopping by! 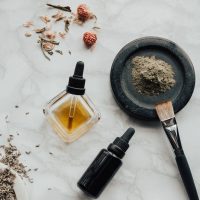 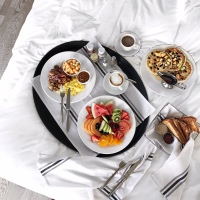 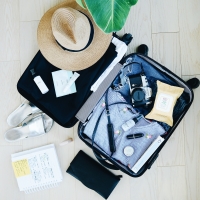 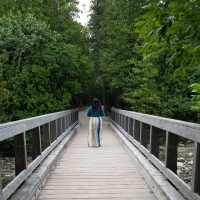 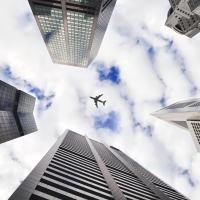 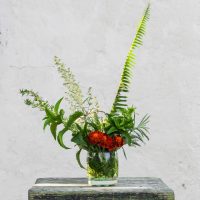